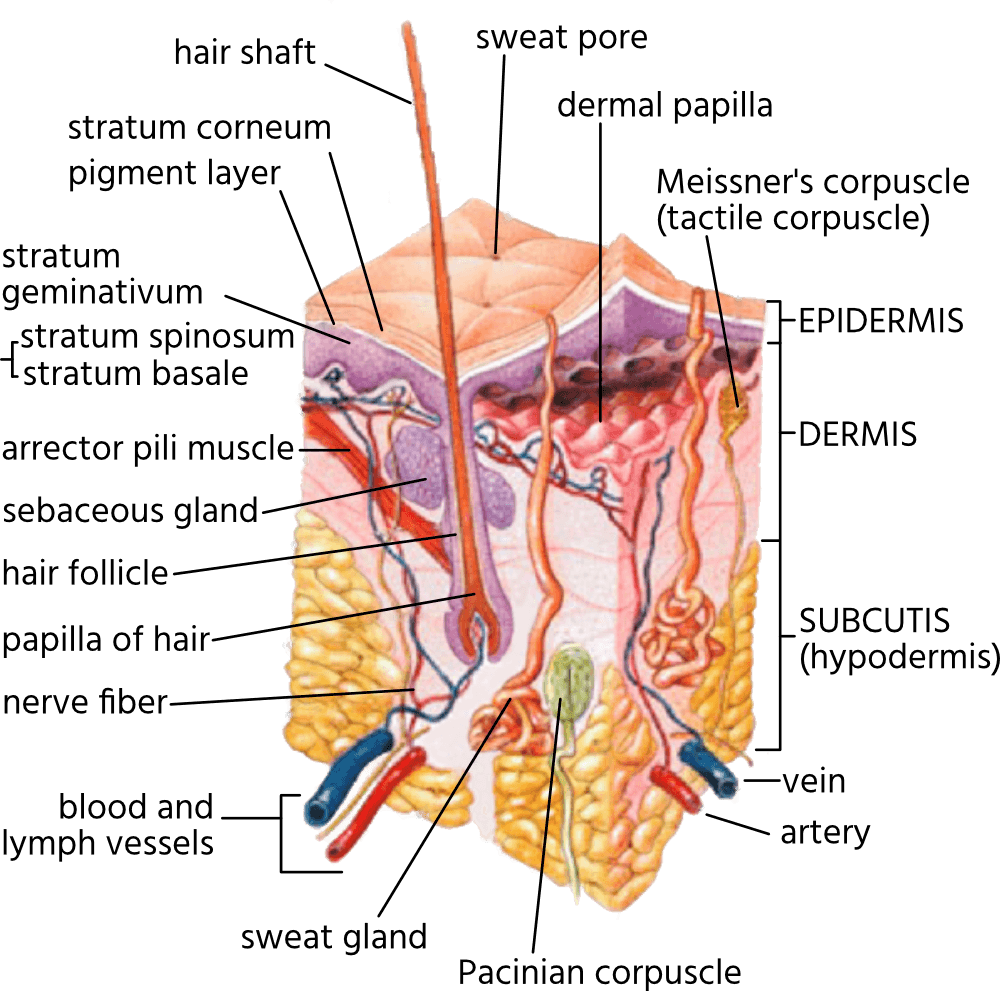 HS is a chronic debilitating systemic skin disease, which results in painful inflammation of the hair follicles, typically in the axillary, inguinal and anogenital regions. The clinical hallmarks of this disease include inflammatory nodules, abscesses, draining fistulas and scarring. HS patients suffer primarily from two symptoms: (i) pain driven by inflamed nodules and abscess formation and (ii) significant discomfort resulting from the constant formation of pus, particularly in the areas described above, leading to a socially isolating situation.

HS is typically present after adolescence and often develops into a life-long debilitating chronic disease. In the United States, up to 200,000 patients are affected yearly with moderate to severe presentations (Hurley Stages 2 to 3). In Europe, the number of affected patients is considered to be higher.

The pathophysiology of HS is not fully understood, and different theories exist with respect to potential underlying causes. It is generally considered a systemic autoinflammatory disease, for which neutrophils are believed to play an important disease-promoting role as well as certain cytokines, such as TNF-alpha and IL-17.

Treatment for HS patients includes topical, oral or intravenous antibiotic treatment, which is an accepted (but not approved) standard of care for HS. In some cases, patients also undergo different types of surgery. One biological drug has been approved for treating patients with moderate to severe HS in the United States and Europe: Humira® (adalimumab), an anti-TNF-alpha monoclonal antibody. Approximately 50% of patients with moderate to severe HS do not respond to adalimumab and long-term treatment in the approval trials demonstrated that approximately 50% of 3-months responders lose response in the following 6 months of treatment. Therefore, HS continues to represent a high unmet medical need disease indication, which is currently underserved.

InflaRx has pioneered the research regarding the role of complement in HS and found that patients suffering from HS have significant systemic complement activation.

Based on these and other findings, InflaRx conducted a first-in-humans open-label clinical trial in 12 HS patients with severe HS who experienced primary or secondary failure to biological treatment or were not eligible for treatment with other biologicals.

Encouraged by initial findings, in February 2018 InflaRx started a Phase IIb dose-finding study – the SHINE study – in patients suffering from moderate to severe HS. The randomized, double-blind, placebo-controlled, multicenter study enrolled a total of 179 patients in four active dose arms and a placebo arm at over 40 sites in 9 countries in North America and Europe. In June 2019, the Company announced top-line results from the trial (See press release: June 5, 2019: InflaRx Announces Top-Line SHINE Phase IIb Results for IFX-1 in Hidradenitis Suppurativa). The study did not achieve its primary endpoint (dose dependent effect on the HiSCR at week 16). However, there was a statistically significant effect of vilobelimab on the Dermatology Life Quality Index (DLQI) when comparing the treatment arms with placebo and a trend in abscess and inflammatory nodule (AN) count reduction when comparing the 3 higher dosing groups to placebo. An in-depth efficacy analysis of the full data set of the first 16 weeks revealed multiple efficacy signals for the high dose group compared to the placebo group within the initial phase of the SHINE study, including reductions in all combined inflammatory lesions, on draining fistula and on the International Hidradenitis Suppurativa Severity Score 4 (IHS4), which scores all inflammatory lesions. IHS4 was developed by an international expert group to score severity and track treatment response, although the score has not been utilized as a primary endpoint in late stage clinical studies in HS. The iHS4 weighs the most fluctuating lesions: inflammatory nodules (1 point), less than abscesses (2 points) or draining fistulas (4 points). (See press release: July 18, 2019: InflaRx Reports Additional Analysis of the SHINE Phase IIb Results for IFX-1 in Hidradenitis Suppurativa).

Vilobelimab was well tolerated with no difference in treatment emergent adverse events between placebo and the combined treatment groups.

In November 2019, InflaRx reported the results of the open label extension (OLE) part of the SHINE study (See press release: November 6, 2019: InflaRx Reports Positive Results from the Open Label Extension Part of the SHINE Study for IFX-1 in Hidradenitis Suppurativa).

The data from the snapshot analysis at the end of the overall 9-month study treatment period showed a HiSCR response rate of 56% at week 40 among all patients who completed the OLE. Overall, compared to baseline counts on day 1 of the SHINE study, patients completing the OLE period showed a sustained improvement in inflammatory lesion count and a relative reduction in the total body AN count and the number of draining fistulae. This was also reflected in the IHS4 score. Long-term treatment with vilobelimab was well tolerated with no drug-related serious adverse events detected in the OLE phase.