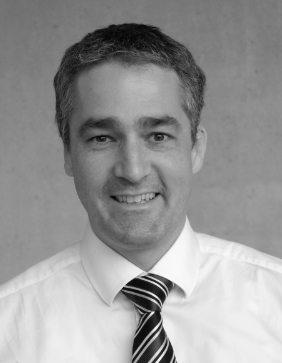 Prof. Riedemann received his medical training at Freiburg, Germany, and Stanford University, USA. He performed basic science research at The University of Michigan in the field of complement immunology and inflammation for several years and then completed his board certification in General Surgery at Hannover Medical School, where he still holds a Professorship in Experimental Surgery. He specialized as an Intensive Care Physician and was appointed Vice Director of Intensive Care Medicine at the Friedrich Schiller University in Jena, Germany. His research has been awarded with several national and international awards, including the Hugo-Schottmüller-Award and Hans-Liniger-Award. He has received extensive extra-mural funding and published over 50 high impact scientific publications. He serves as a member on two Boards of Directors of large scientific governmental programs. As Founder of InflaRx, Prof. Riedemann combines in-depth basic science experience and advanced clinical knowledge in the field of inflammation and acute care. Prof. Riedemann has lead InflaRx as CEO since 2007. 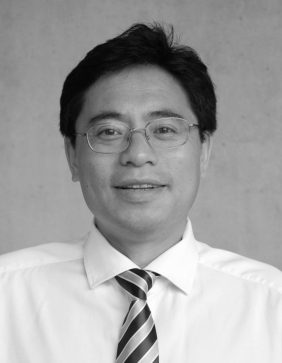 Prof. Renfeng Guo received his M.D. degree from Norman Bethune Medical School in China. He did his post-doctoral research training in the laboratory of Prof. Peter Ward at the University of Michigan, Ann Arbor. He has been a junior and senior faculty member at the University of Michigan since 2001, where he remains an Adjunct Research Associate Professor. He has authored or co-authored over 75 high impact publications in the fields of cancer, infection, and inflammation research. He holds an Adjunct Professorship at Beijing Institute of Microbiology and Epidemiology, since 2008. As Founder and CSO of InflaRx, Prof. Guo leverages his expertise in antibody research and inflammation, bringing together  a highly efficient research team for drug development and building a focused pipeline based on their cutting-edge technology. Prof. Guo has been heading scientific development at InflaRx as the full-time CSO since its inception, in 2007. 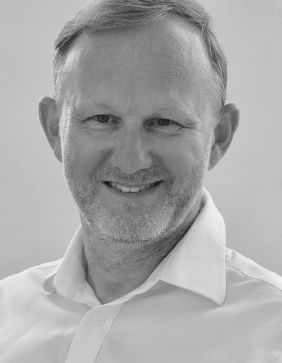 Thomas Taapken joined InflaRx in October 2020 as CFO. Thomas has over 25 years of experience in the life sciences sector at senior management and board levels. Prior to joining InflaRx, he was Executive Chairman at Imcyse SA in Belgium. Thomas previously held executive management positions as CFO and CEO at several private and publicly listed companies, including Medigene AG, Epigenomics AG and Biotie Therapies Oyj. He has also served on the board of private and public companies such as Scibase AB, Immunic AG and others. He has successfully completed public and private financings, business and M&A transactions and worked in venture capital in both Germany and the U.S. Thomas holds a Ph.D. in Organic Chemistry from the Technical University of Berlin. He also studied economics and physics at the University of Göttingen.

Jordan’s experience includes over a decade of working in finance, marketing and corporate development in a range of industries including life sciences and financial services.  He started his career as a Trading Associate at Raymond James, before moving into healthcare in a marketing role at the global device-maker, Medtronic, where he launched a cardiac remote monitoring device in the acute care setting. Jordan entered the pharmaceutical sector on the business development team at Salix Pharmaceuticals, working on the research, analysis and execution of a wide range of transactions such as licensing deals, divestments, and M&A, including the $14.5B acquisition of Salix by Valeant Pharmaceuticals (now Bausch Health Companies) in 2015.  Post-acquisition, he became the Head of Strategy for the Salix business segment, leading all business development transactions, alliance management, strategic planning and portfolio management, playing a key role in the turnaround story of Bausch Health.  Jordan graduated from Florida Atlantic University where he obtained a Honors BA in Economics and a MS in Economics. Jordan also holds a MBA from the University of San Francisco, an Advanced Graduate Certificate from the School of Continuing Studies at Georgetown, and is a Certified Licensing Professional. 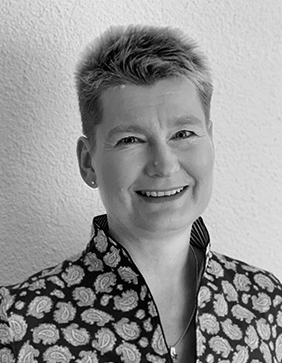 Before Korinna joined InflaRx in January 2019 she worked over 20 years in roles of increasing responsibility in academia and several biotech and pharmaceutical institutions, including Innate Pharma, Boehringer Ingelheim, Roche, Merck KGaA and Bayer. She is a physician-scientist with vast experience in clinical development. During her entire career, Korinna’s focus has been on Haemato-Oncology, Immunology and therapeutic vaccination.

Over the past 15 years Korinna developed NBE’s and NCE’s. She established successful international clinical development plans and led international, multi-cultural program/project groups responsible for execution of a broad spectrum of clinical studies, including first-in-human and phase 1 to phase III studies. She was pivotal in gaining marketing approval for Erbitux in Japan and contributed to the clinical development of substances such as IPH4102, volasertib, and Avastin. 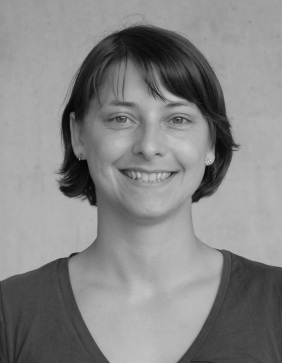 Maria Habel studied biochemistry and received her Ph.D. in Science from the Graduate School for Cellular and Biomedical Science of the University Bern, Switzerland, in 2008. She joined InflaRx in 2008 as Head of Laboratory and was part of the initial InflaRx team to start the company. Dr. Habel has lead all pre-clinical R&D programs of InflaRx since 2013 and has taken on responsibilities for various scientific projects investigating the complement system and characterization of lead drug candidates. In addition, Dr. Habel has been appointed Head of Quality Control within the company’s GMP manufacturing activities, since 2010.